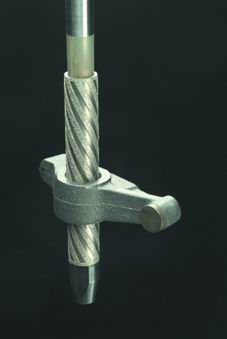 In the "Yunlin Stones", Song Dynasty Du Fu carried 116 kinds of stone products, and Lingbi Stone ranked first. "There is a stone in the sky, and the sound is like a bronze color like jade." This is the sincere admiration of the poet Fang Yan of the Song Dynasty. The development of Lingbi stone has a history of three or four thousand years , "ShangshuÂ·Yonggong" contains "Suibin floating raft"; in the Yin Shang period, there is a record of the palace musical instrument - the tiger stone sarcophagus; ã€‹: The emperor ordered the general of the town of Xie Shanglai to pick up the stone for the Da Lejiang left... In addition to the meteorite, the Lingbi stone has more exotic ornamental stones, and its origin is not limited to the area of â€‹â€‹the meteorite mountain. In the northern part of the county, such as Lingjue Mountain, Chaoyang Mountain, Baima Mountain, Erma Mountain, Shaoshan Mountain, Jiuding Mountain, etc., there are also a small distribution in the area of â€‹â€‹the Sanyue Mountain in the middle of the county and the Dashan Mountain in the south. Judging from the already produced Lingshi, its true charm is not only the talent of its inner aura and shape, but its quality, shape, color and pattern have high artistic appreciation value. Praise it as "the first stone in the world." Ornamental stone, also known as "Kistler", "Qiao Shi", "stone play", "appreciate stone", etc., most of them are strange in shape, bright in color, beautiful in appearance, tough in texture, and have ornamental value. After being collected, trimmed or slightly processed, it can become a special natural art.

The species has natural landscape ornamental stones, that is, giant natural stones, which can only be viewed and cannot be collected;

Ornamental stone in the garden courtyard, the group can also be placed separately;

Indoor ornamental stone, usually small and medium-sized, is displayed on several desks in the living room.

Ornamental stone should have the characteristics of strange shape, beautiful texture, beautiful color and fine quality. Some ornamental stones also pay attention to "skinny, sturdy, transparent, leaking" four shapes, or "clear, strange, ancient, ugly, simple, sly, stubborn. , weird, etc. It comes down to its natural beauty. Chinese stone culture has a history of more than a thousand years. Since the Han and Tang Dynasties, it has been paid more attention. Many scholars and literati have enjoyed music, stone and stone. It has developed more in modern times.

The so-called Lingbi stone, also known as the meteorite, is produced in Fushan Mountain, Lingbi County, Anhui Province. It is one of the traditional ornamental stones in China. It has been used as a tribute as early as the Warring States Period. It is dark as ink, but also has grayish black, light gray, green and other colors. The stone is hard and elegant, and the color is beautiful. What's even more amazing is the smashing of the stone. "There is a strange stone in the world, the sound is like bronze jasper, the exquisiteness of the show is four o'clock, and the treasure is in the world." This is a poem of the Song Dynasty who praised the spiritual stone. The beauty of the stone wall is loved by ancient and modern celebrities, and it is still the object of Tibetan stone lovers. At present, the compilation of the Forbidden City and the Confucius Temple is produced from the spiritual wall.

Ladies Short Sleeves is selling well sleeves,the main fabric is made of 100%rayon,at present,we have only white color,the fabric is very soft and comfortable,if u are interested in our products,please contact us directly,by the way,if u have other requirements ,please tell us as soon as possible,we will according to ur requirements to do well .