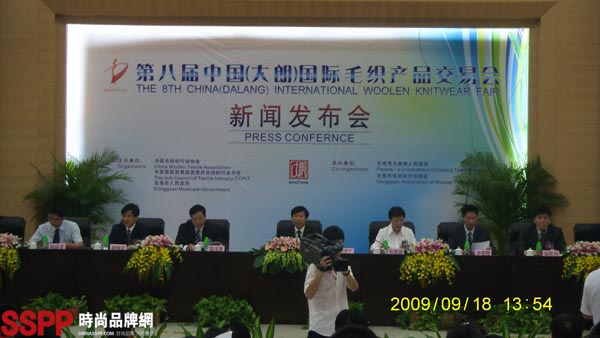 Following the June press conference in Beijing, the 8th China (Dalang) International Wool Textile Products Trade Fair (hereinafter referred to as the 8th "Weaving Fair") Organizing Committee opened this year in the morning of September 18th in Dalang. The second press conference was held on the third floor of the townâ€™s administrative service center to announce that the 8th â€œWeaving Festivalâ€ will be held in Dalang Town, â€œChina's woolen townâ€ from November 1st to 4th, 2009. .
The 8th "Weaving Fair" was jointly sponsored by the China Wool Textile Industry Association, the China Textile Promotion Subcommittee and the Dongguan People's Government; the Dongguan City Wool Textile Industry Association and the Dongguan City Dalang Town People's Government jointly sponsored the exhibition. At the press conference, the "Weaving Fair" Organizing Committee released more than 100 news media and more than 300 industry enterprises that attended the conference. Also attending the press conference was Deng Zhiguang, Vice Mayor of Dongguan; Peng Yanli, Chairman of China Wool Textile Industry Association; Chen Weikang, Vice Chairman of Textile Industry Branch of China Council for the Promotion of International Trade; Secretary of Dalang Township Committee, Chairman of Town People's Congress, and â€œWeaving Fairâ€ Group. Honorary Director Yin Jinghui of the Committee; deputy secretary of the township committee of Dalang, the mayor, Xie Jinbo, director of the Organizing Committee of the â€œWeaving Fairâ€, and other leaders of the Organizing Committee and leaders of industry associations. 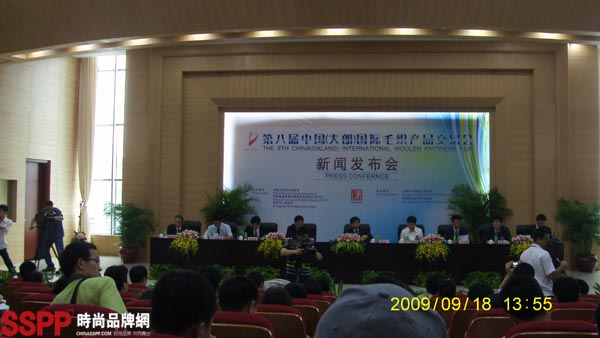 Innovating and seeking development The experience of brilliant development of the "Weaving Fair" was founded in 2001. It is an important measure for Dalang to promote the growth of the wool textile industry. After seven years of experience, the "Weaving Fair" and the Dalang wool weaving industry have grown together. The scale of one session has been greater than that of one session. The effect has been better than one session. It has become the most well-known and influential trade in the domestic and foreign wool weaving industry. The grand meeting has effectively promoted the communication and cooperation of the national wool industry. A "never-ending weaving meeting" is holding up new business and trade fairs.
Since 2008, under the influence of the international financial crisis, the global economy has continued to slump. Maozhi enterprises have launched diversified business strategies and actively responded to the development of the market. At this time, the role of the Dalang â€œWeaving Trade Fairâ€ as a business and trade bridge has become more prominent. The 7th Dalang "Weaving Fair" which was successfully concluded in November 2008 attracted a total of more than 50,000 domestic and foreign professional buyers during the four-day exhibition period, including 2,000 overseas buyers. Following the popularity of the Seventh Exhibition, the 8th â€œWeaving Fairâ€ held this year, more than 90% of booths have been booked at present. In addition to local leading enterprises, many well-known domestic brands have also appeared, including Stoll, France. Japan's Shima Seiki and Cixing, Shengxing, Lone Star, Sewing God and other well-known machinery manufacturers at home and abroad, as well as Ordos, Industrial, Ying-Ying and other well-known clothing companies, all exhibitors have accumulated, strategizing, have introduced high-quality, high added value The trend products actively participate in the exhibition, using the â€œweaving fairâ€, the domestic authoritative Maozhi trade platform, to further explore the domestic and foreign markets.
In order to meet the needs of industrial restructuring and transformation, the 8th â€œWeaving Fairâ€ takes â€œinnovation and developmentâ€ as its theme, and closely integrates with Dalang Town to promote the overall strategy and working mentality of Maoji Industry to achieve â€œTwo Transformationsâ€ and deepen The â€œthree transformationsâ€ will effectively speed up the transition of the exhibition from the image exhibition to the trade show, continuously improve the quality and level of the exhibition, give full play to the organization and coordination of the various departments of the town, promote innovation through innovation, and promote innovation through development. The exhibition will be more mature, more rational, more standardized, and completely create a brand new situation.